Home » Sustainable » The History of Plastic and Today’s Reuse Revolution

The History of Plastic and Today’s Reuse Revolution 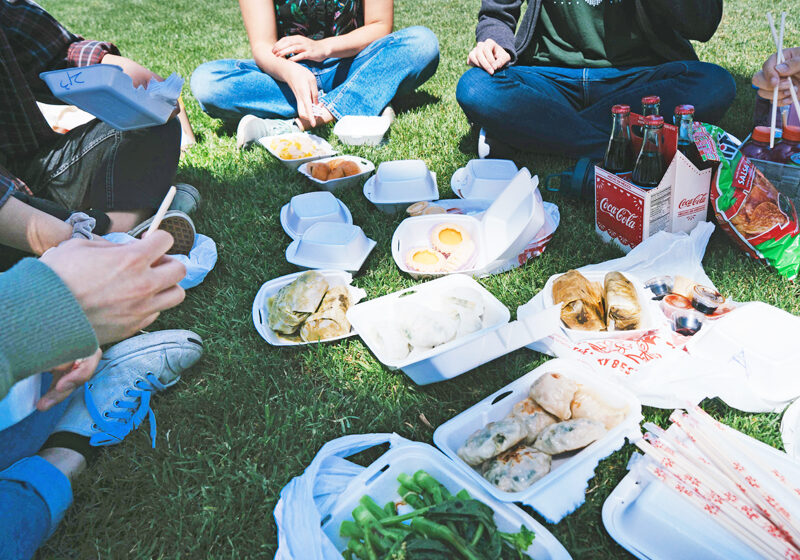 In the 1860s a New York firm offered $10,000 to the person who could invent a substitute for ivory, and this spurred John Wesley Hyatt to develop a plastic polymer called celluloid. It was a revolutionary discovery seen as helping the environment by conserving natural resources and reducing the need for tortoiseshell, horns and ivory. In the early 1900s the first synthetic plastic called Bakelite (derived from fossil fuels instead of plants and animals) was made, and polyester, PVC, polyethylene, nylon, Styrofoam and Teflon followed.

During WWII it was even more pressing to have inexpensive, long lasting, synthetic alternatives for our dwindling natural resources. After the War industry needed a new target market for plastic production, and throwaway consumer goods were the perfect solution. Consumers were ready to spend again, and these new disposable plastic products were perfect: inexpensive, lightweight, unbreakable and revolutionary.

“In product after product, market after market, plastics challenged traditional materials and won, taking the place of steel in cars, paper and glass in packaging, and wood in furniture.”
— Plastic: A Toxic Love Story, Susan Freinkel

In 1955 Life Magazine reported that, thanks to newly invented single-use products, housewives would be saved from constantly cleaning! Everything could simply be thrown away after use, with not a care in the world. The concept of using something for only a few minutes and then tossing it in the trash was not seen as being wasteful or environmentally insensitive, but was actually seen as a progressive, modern way to live. Corporations loved this new way of living; they would have life-long customers who needed to replace what they’ve just tossed.

In 1962 Rachel Carson published her New York Times bestseller Silent Spring, selling more than 500,000 copies in 24 countries and exposing the dangers and heightening awareness around pollution. Most Americans at the time remained oblivious to the impact of waste on our planet, but there was an awareness building. In 1970 the environmental movement continued to grow with the first Earth Day, public service announcements about litter, and environmental disasters in the news. Industry offered a solution to any anxiety about plastic pollution: recycling.

The benefits of recycling have long been questioned and it’s unlikely to get us out of our plastic pollution mess. Every piece of plastic ever produced still exists in some form. Our landfills are piling up with single-use plastic, and research about the harmful effects of plastic on our bodies is piling up too.

Almost half of all plastic produced is meant to be discarded within minutes of purchase. Plastic production has grown at such a rapid pace that half the plastic ever manufactured has been made in the past 15 years. The U.S. is the leader of all this trash, producing 250 million tons a year, which equals about 4.4 pounds of trash per person per day.

The good news: The movement to reduce single-use plastic waste is catching hold, and consumers are hearing about it in the mainstream news. Individuals, restaurants, global corporations, cities and even royal estates are ditching the single-use habit, opting for reusable solutions. Many waste-free solutions were common before the 1950s and the era of throwaway plastics. Think old-school kitchen towels, cloth napkins and lunch sacks, stainless steel utensils, and reusable containers for leftovers—meant to be used and reused again and again! 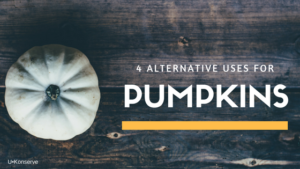 4 Ways to Make the Most of your Halloween Pumpkins 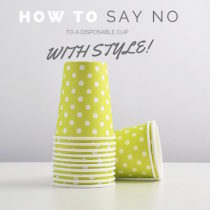 How to Say No to Disposable Cups With Style 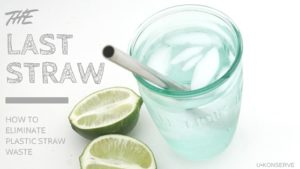 The Last Straw: How to Eliminate Plastic Straw Waste 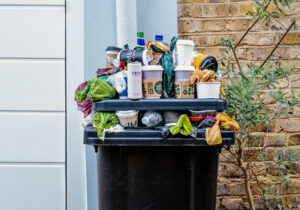